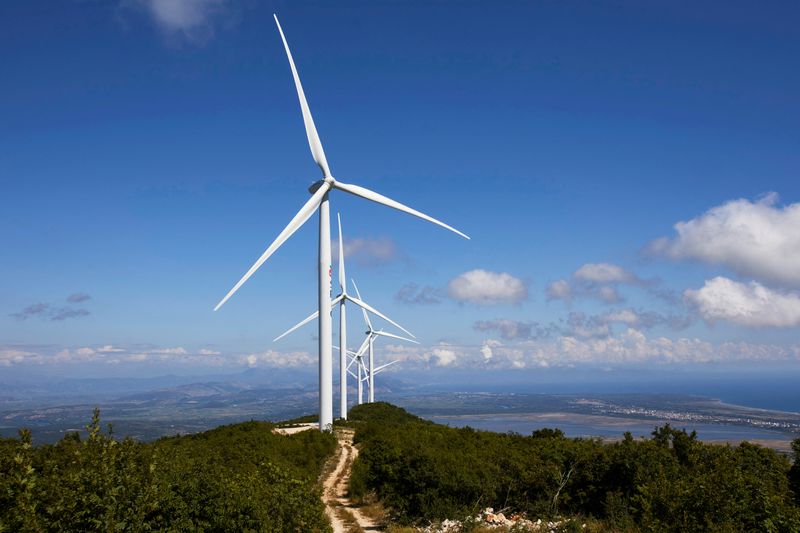 (Reuters) – Euro zone governments have raised 15 billion euros ($15 billion) from green bonds over the last two weeks, pushing volumes above a year ago even as heightened volatility cuts issuance in the broader market.

High inflation and rapidly rising interest rates have injected a level of turbulence into world markets not seen for years, leading to caution generally among borrowers.

But this does not seem to have dented demand for green government bonds that fund environmentally beneficial projects.

Governments in the euro market have raised over 40 billion euros from green bonds so far this year, according to ING Bank, just above the 39 billion in the comparable period of 2021.

Bram Bos, lead portfolio manager for green, social and impact bonds at NN (NASDAQ:) Investment Partners, said there was “very strong” momentum in the government green bond market and that the conflict in Ukraine could provide further impetus.

“The war in Ukraine triggers a lot of investments into renewable energy. A big part of that will be funded through governments,” he said. “That for sure is a trigger for governments to issue more green bonds going forward.”

The growth in sovereign green bond sales contrasts with the broader green bond market, where issuance – which also includes corporates – stood at $278 billion by the end of August versus $335 billion at the same time in 2021, according to UniCredit.

It has cut its forecast for overall green bond sales this year to $500 billion, down around 10% from last year.

“There is a stronger commitment from governments to maintain their green activity at a certain level, if only as a signalling to the wider market,” said ING senior rates strategist Benjamin Schroeder.

While companies are often opportunistic borrowers and more likely to change funding plans as market conditions change, sovereigns – having to fund state budgets – are less flexible.

Issuance from governments has also increased even as the “greenium” on the debt has shrank in recent months in the secondary market, ING data suggests.

“Greenium” refers to the slightly lower yield green bonds offer versus conventional debt, reflecting a dedicated investor base chasing a limited pool of these assets.

ING saw the decline as a function of worsening liquidity in government bond markets generally.

Governments may face a narrowing pricing benefit as a result, but are still able to tap an additional pool of sustainability investors focused exclusively on securities such as green bonds, analysts said.

“When I look at our strategies for green bonds, we have record inflows this year, which is remarkable because with most regular fixed income strategies they are all facing outflows,” said NN Investment Partners’ Bos.

“In this sense we feel the green element has given us some improvement in the terms and a smooth execution in what could otherwise have been a more difficult backdrop,” he told Reuters.

A banker who managed Italy’s green bond sale last week said the banks arranging that deal considered election uncertainty when deciding on the format. Italy holds an election on Sep. 25.

“We thought that, in that environment, issuing in green would provide an added advantage to Italy and would certainly help them secure a very good transaction,” the banker said, speaking on condition of anonymity.