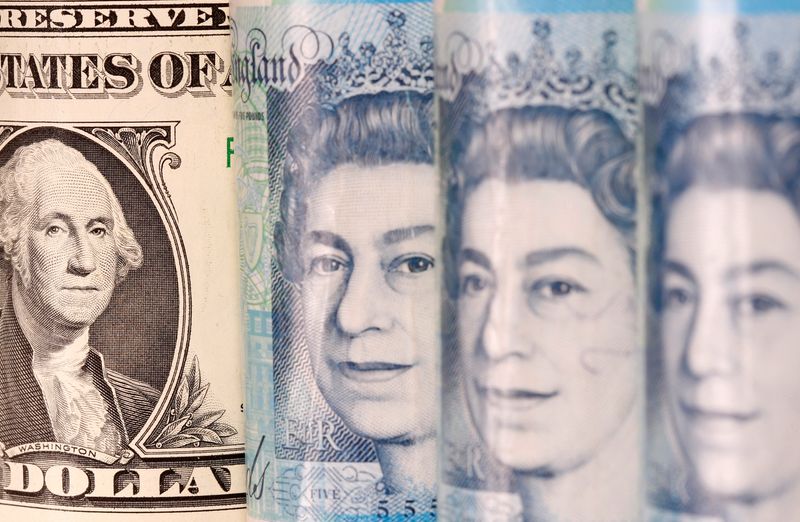 By Caroline Valetkevitch and Alun John

NEW YORK/LONDON (Reuters) – The dollar slid against major currencies on Tuesday as the yield on the benchmark U.S. 10-year Treasury fell after Australia’s central bank surprised investors with a smaller-than-expected interest rate hike, with the euro climbing more than 1%.

The Australian dollar was down 0.2% at $0.6503, dragged down after the move by the Reserve Bank of Australia, which said rates had increased substantially in a short period of time.

A calmer British government bond market was a relief for the pound after recent government-inspired turmoil. In a statement on Monday, the Bank of England reaffirmed its willingness to buy long-dated gilts and the head of Britain’s debt management office, overseeing the bond market, told Reuters in an interview the market was resilient.

The moves in the dollar and yields appear to partially reflect market participants’ views on the outlook for interest rates, some strategists said.

“We’re seeing a drop in interest rate expectations across the financial markets on the basis of Reserve Bank of Australia’s surprise smaller-than-expected hike,” said Karl Schamotta, chief market strategist at Corpay in Toronto.

“That has sort of had a canary in the coal mine effect from market participants globally. People are ratcheting down what they expect from the Federal Reserve and other central banks and that’s really compelling a drive out of the dollar and into risk sensitive assets.”

The Fed’s aggressive push to raise interest rates and the recent steady climb in U.S. yields have helped to support the dollar’s sharp gains this year.

Elsewhere, the dollar was down 0.1% against the Japanese yen at 144.45 yen, keeping below 145 after briefly popping above that level on Monday for the first time since Japanese authorities intervened to support their currency on Sept. 22.