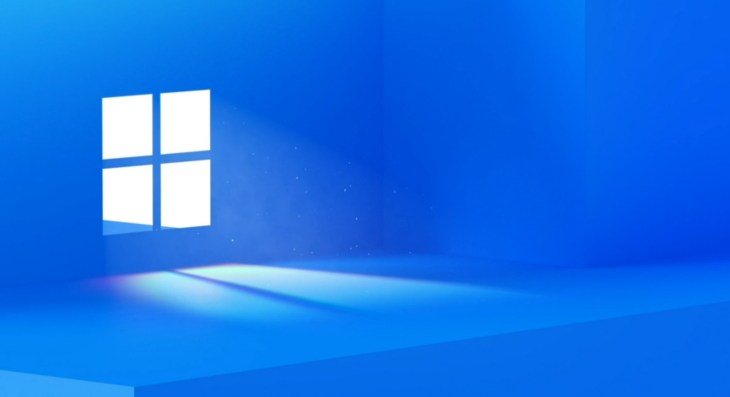 Microsoft today announced that the next major version of Windows 11, the aptly-named Windows 11 2022 Update, has begun rolling out to the more than 190 countries where Windows is available. The highlights include updates to the Start menu and tabs in File Explorer, as well as new accessibility features including system-wide live captions, voice access that allows you to control a PC with your voice and Smart App Control for enhanced security.

The most obvious changes are on the UI front. Windows 11 2022 Update brings with it updates to the Start menu, “faster and more accurate search,” Quick Settings and the aforementioned tabs in File Explorer. (File Explorer also now lets you pin files for quick access.)  There’s improved local and current events coverage in the Widgets board and better Snap layouts with improved touch navigation, besides, plus the ability to snap multiple browser tabs in Microsoft Edge. 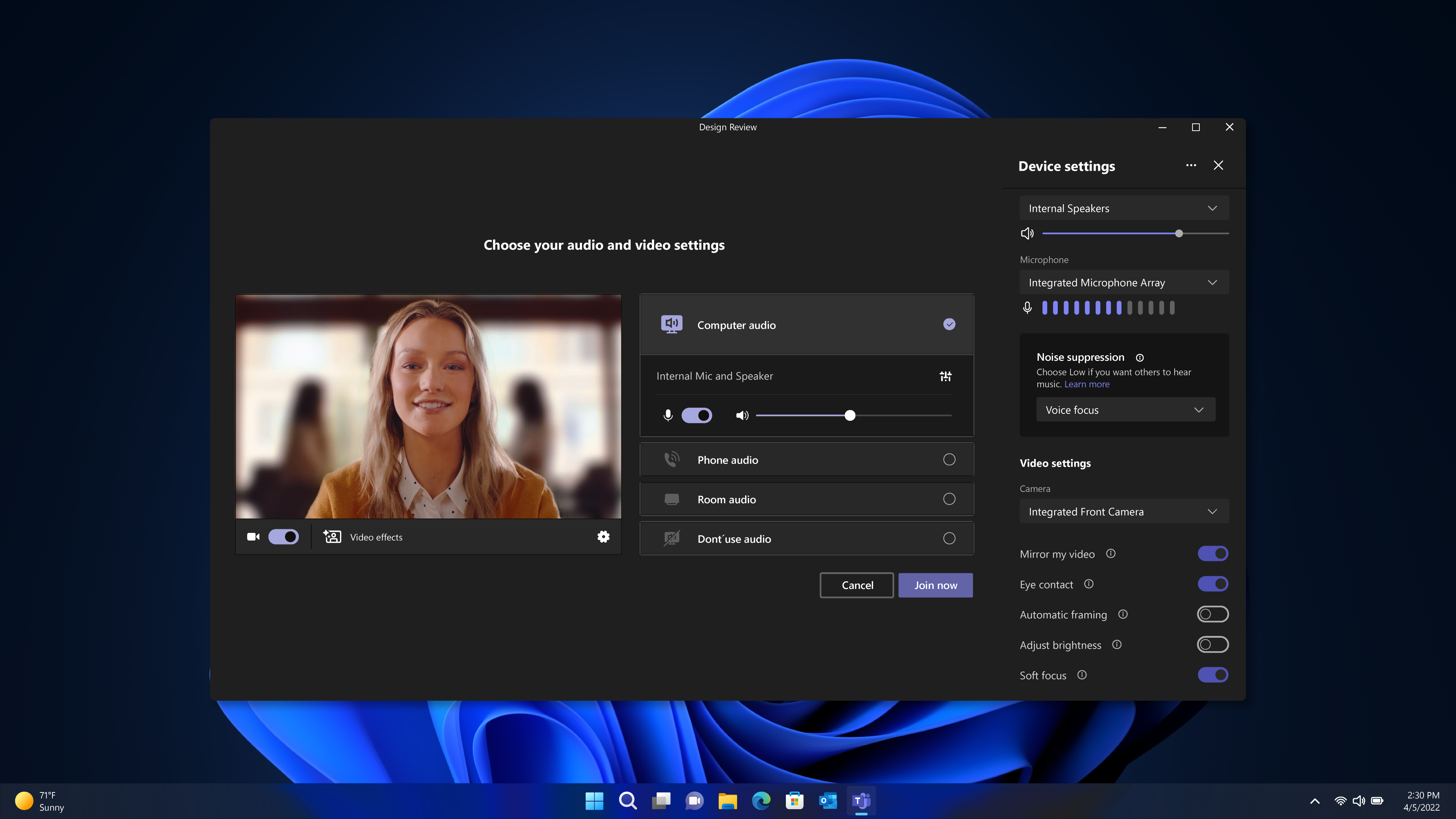 An update to the Photos app introduces a new photos-managing experience and allows you to more easily back up your photos with OneDrive, Microsoft says. And at the system level, Windows 11 allows you to copy phone numbers, future dates and get suggested actions such as making a call with Teams or Skype or adding an event in the Calendar app.

On the accessibility front, Windows’ new natural-sounding voices for Narrator leverage AI-powered text-to-speech that more closely mirror real peoples’ voices — in theory making everything from browsing the web to reading and authoring documents better for users who listen to their screens. The system-wide live captions feature, meanwhile, transcribes in-person conversations by capturing microphone audio, displaying them at the top of the screen in a floating window.

The new Focus feature in Windows 11 turns on Do Not Disturb, which silences notification and switches off task bar badges as well as flashes of applications on the task bar. Focus is integrated with the Clock App, Microsoft says, launching a timer to help you focus and reminding you to take breaks.

The latest version of Windows 11 ships with beefed-up security in the form of Smart App Control, which aims to help prevent scripting attacks while protecting users from running untrusted or unsigned applications associated with malware or attack tools. Smart App Control creates an AI model based on the 43 trillion security signals gathered daily to predict if an app is safe, built on the same operating system core capabilities used in Windows Defender Application Control. 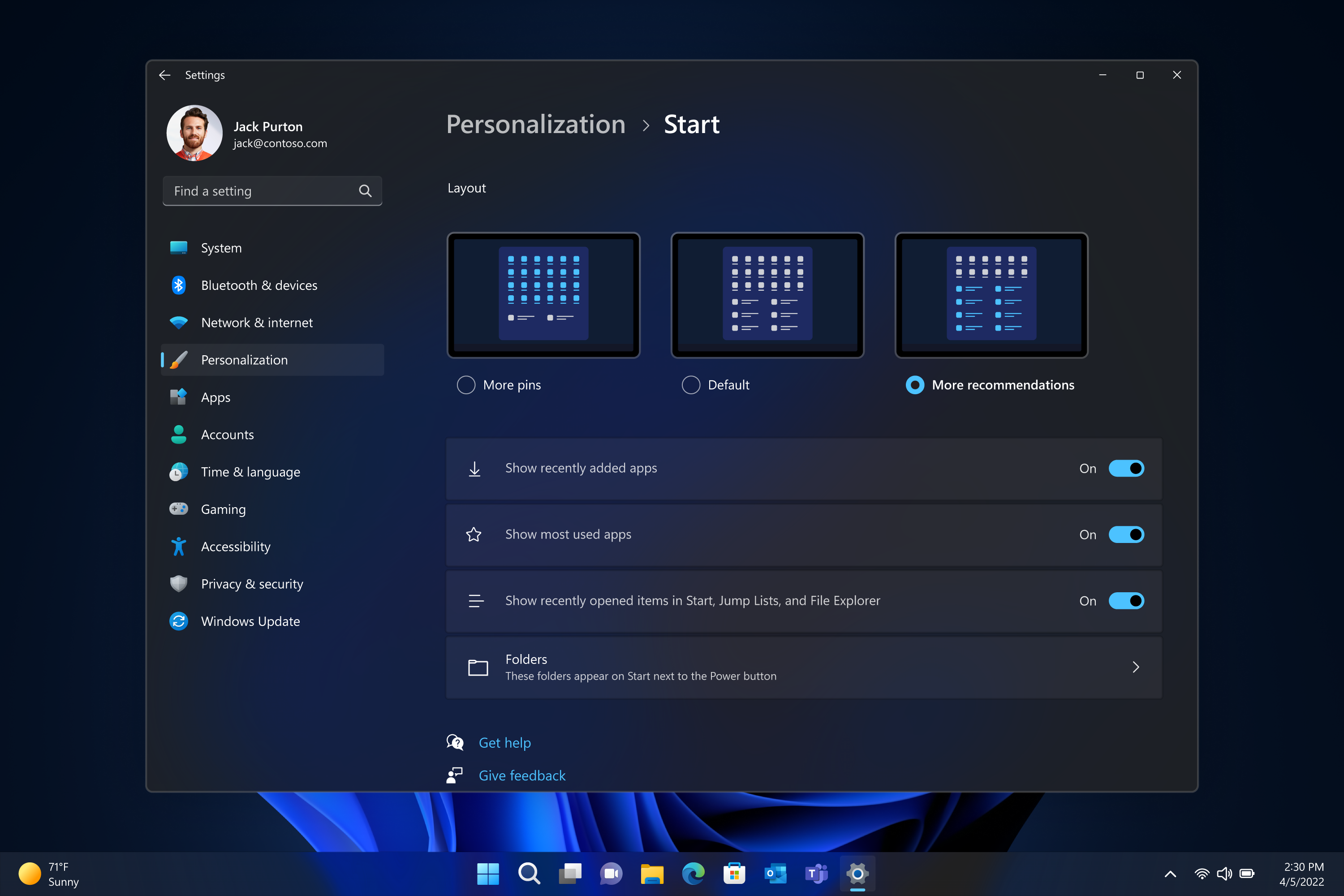 The complimentary new Microsoft Defender SmartScreen identifies when people are entering their Microsoft credentials into a malicious app or hacked website in order to alert them.

As for companies using Windows Hello for Business, they can now take advantage of a presence-sensing optional feature so that devices equipped with presence sensors log employees in when they approach and lock the device when they leave.

The arrival of Windows 11 2022 Update marks the expansion of the Amazon Appstore Preview to international markets, bringing more than 20,000 Android apps and games to Windows 11 devices that meet the specific hardware requirements. It also brings a new HDR Calibration app and a “gaming homepage” in Edge that highlights upcoming games releases.

Elsewhere in the refreshed Windows 11, there’s an updated view of the Xbox Game Bar — accessed by pressing the Xbox button on a Xbox Wireless Controller or compatible controller that’s connected to the PC. Graphical improvements are in tow beyond this, including improved display latency, Auto HDR and variable refresh rate for windowed games.

New Windows Studio camera and audio effects in Windows 11 2022 Update include Voice Focus to filter out background noise, Background Blur to blur out backgrounds and Automatic Framing so that the camera stays with subjects as they move. In a related development, video editor Clipchamp, which Microsoft acquired recently, is now in Windows 11 by default.

Google appears to have disabled Google Translate in parts of China

To fully embrace electric vehicles, the auto industry must adjust its workforce

Google appears to have disabled Google Translate in parts of China

To fully embrace electric vehicles, the auto industry must adjust its workforce