NBA YoungBoy Scoffs At Suggestion Drake Is On His Level: 'Who?' 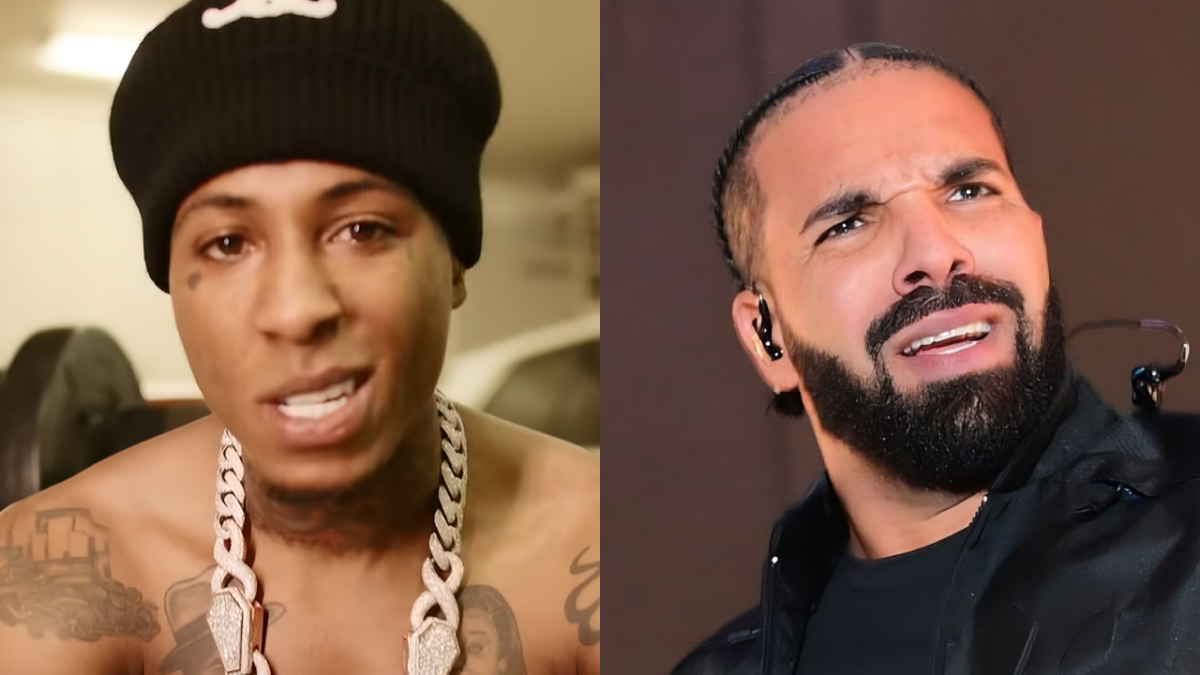 NBA YoungBoy doesn’t subscribe to the idea that there’s anyone else besides him running the rap game right now — Drake included.

The Baton Rouge rap star made a rare appearance on Instagram Live on Monday night (November 21), attracting more than 200,000 viewers in less than a minute.

During the broadcast, YoungBoy was joined by his booking agent, MAC Agency CEO Andrew Lieber, who commended his client by claiming he and Drake are alone at the top of the Hip Hop totem pole.

“It’s just you and Drake at the top, baby!” said Lieber, who also represents the likes of DaBaby, Polo G and Moneybagg Yo.

While such a statement would be seen as a compliment to most artists, NBA YoungBoy scoffed at the suggestion by furrowing his brow and asking: “Who?”

“Yeah, exactly. You and Drake, that’s it,” Lieber added, to which the Last Slimeto rapper replied: “I thought you was my friend, Drew,” seemingly still miffed at Lieber’s comment.

NBA YoungBoy’s self-confidence is certainly backed up by the monster numbers he’s been putting on the board in recent years. In October, it was reported the 23-year-old had amassed a staggering 5.4 billion streams in the U.S. in 2022 so far, making him the second most-streamed artist of any genre this year behind Drake (6.7 billion). Even global superstar Bad Bunny trailed by a billion streams.

In fact, YoungBoy has spent most of the year setting the pace alongside the 6 God. In May, the two rappers were leading all artists with 3 billion and 2.8 billion total U.S. streams, respectively — almost half a million more than third-place Taylor Swift.

YoungBoy, whose popularity and success has largely existed outside of the traditional music industry ecosystem, has also been one of this year’s most prolific rappers. The recent Motown signee has released a total of six projects in 2022 alone, including one studio album, four mixtapes and a full-length collaboration with DaBaby.

Colors and The Last Slimeto both debuted at No. 2 on the Billboard 200, with the latter earning over 100,000 units in its first week. YoungBoy’s most recent release, October’s Ma’ I Got a Family, marked his 25th entry on the albums chart, moving him above JAY-Z on the all-time list.

NBA YoungBoy’s prolific campaign doesn’t appear to be over yet, with a joint project with Never Broke Again signee Quando Rondo reportedly set to arrive later this month.

Drake isn’t the only rap icon who YoungBoy Never Broke Again believes he’s surpassed. While trading shots with his former signee NoCap on Instagram last week, the Top rapper claimed JAY-Z is unable to hang with him on the mic.

“Jay z cant out rap me boy this ain’t bout no music you just a scary bitch,” he wrote. “I wanted revenge on the labels n-gga im holding over here you ain’t even got 300k for yo tax bill clown just protect yourself pussy.”

YoungBoy also seemingly took a swipe at Future earlier this month by suggesting rappers are selling their catalogs to “catch up” to him, just weeks after the Atlanta hitmaker sold a large chunk of his publishing rights in an eight-figure deal.