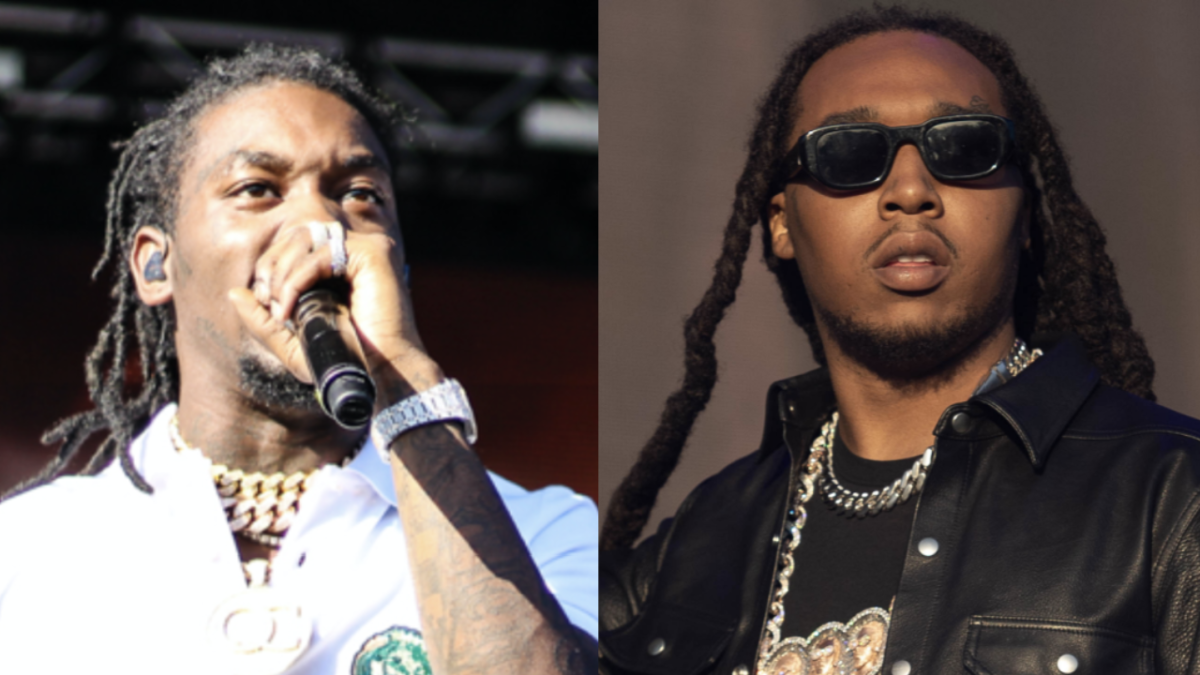 Offset is still mourning the death of his cousin and fellow Migos member TakeOff, sharing a new tribute on social media.

On Thanksgiving Eve (November 23), the Atlanta native hopped on Instagram to post another dedication to his late cousin. The post includes a photo of TakeOff and a caption expressing Offset’s continued grief over the untimely passing.

“Missing everything bout you specially that smile,” Offset captioned his post with a number of his peers sharing their condolences.

Jadakiss, Desiigner, Kid Capri, Anthony Hamilton, Sean Garrett and Hi-Tek were among the artists who posted in the comment section of the post.

The “Clout” rapper’s tribute was his second overall since TakeOff was shot and killed in front of a bowling alley in Houston, Texas, on November 1. The first post featured a slideshow of Offset and TakeOff in happier times.

“Dear Take, doesn’t feel real posting you like this….This still doesn’t feel like reality,” Offset captioned the post. “I’ve been searching for the right words to say, but there aren’t any that will suffice. Until we meet again, Rest In Power. I love you.”

Takeoff’s funeral service was held at the State Farm Arena in Atlanta, Georgia, on November 11. Cell phones and video equipment were not permitted during the sold-out service, however, someone managed to grab a few clips of the funeral, with one of those showing Offset sharing words about Take.

Quavo and Drake also spoke at the ceremony, according to a report from TMZ. The 6 God reportedly spoke about the brotherhood he developed with Migos, all the times they toured together, and comparing themselves to the legendary Rat Pack — Frank Sinatra, Dean Martin, Sammy Davis Jr., Joey Bishop and Peter Lawford.

TakeOff had just joined Quavo for their first joint album together, Only Built for Infinity Links, while Migos wrapped its critically lauded Culture trilogy with Culture III last June. TakeOff also released his first solo album, The Last Rocket, in 2018.

Threat to UK financial services watchdogs off the table

Threat to UK financial services watchdogs off the table