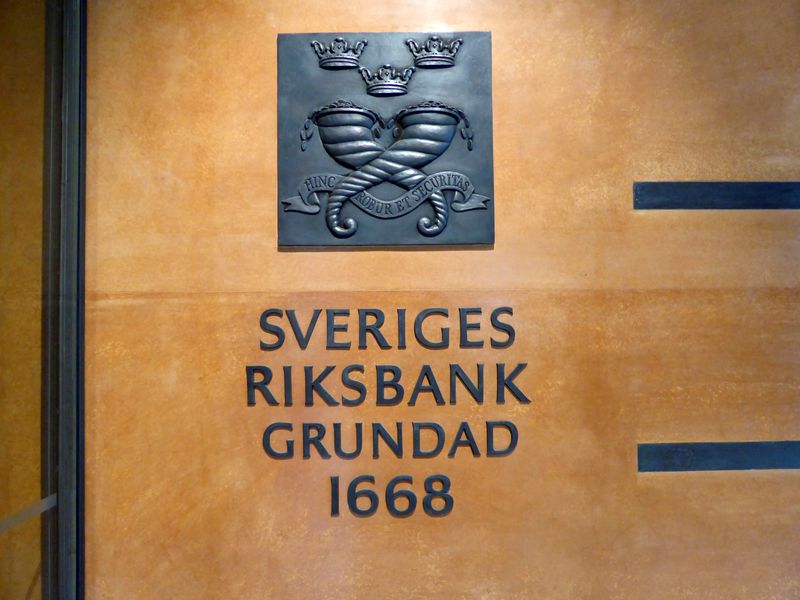 STOCKHOLM (Reuters) – Sweden’s central bank hiked interest rates by a full percentage point to 1.75% on Tuesday in surprise move and warned that more was to come as it sought to get to grips with surging inflation.

The hike was the biggest since November 1992, when the Riksbank also raised its key rate by a full percentage point.

“Inflation has become higher than in the Riksbank’s previous forecast in June, and it is expected to rise further during the year,” the Riksbank said in a statement.

“The forecast for the policy rate is that it will continue to be raised in the coming six months.”

There is little the central bank can do about the current level of inflation. But rate-setters do not want surging prices to spill over into higher wage demands, which would make the job of returning to the 2% inflation target much harder in the longer term.

Hikes will continue despite forecasts the economy is heading for a sharp downturn – possibly even a recession.

The overwhelming majority of analysts in a Reuters poll had forecast a 75 basis point hike this week. Two analysts expected a full percentage point.

Workers love the 4-day week. A pilot program finds bosses love it too

How to Remain Innovative No Matter the State of the World

How to Remain Innovative No Matter the State of the World

The 10 Best Dumbbell Exercises to Hit Your Lats

Burkina Faso: UN chief condemns any attempt to seize power by the force of arms

The 10 Best Dumbbell Exercises to Hit Your Lats

Burkina Faso: UN chief condemns any attempt to seize power by the force of arms