I really wanted to read this book and was appy to do a blurb for it.

Rees’s history of Manhattan’s Fulton Fish Market is an elegy for a place that reached peak vibrancy in the 1920s, only to decline steadily as a result of overfishing, developers, the Mafia, unions, politics, refrigeration, real estate prices, and, eventually, more developers.  Rees’s thoughtful analysis of these themes has much to tell us about the clash between the natural and built worlds in American cities over the last couple of centuries.

Rees is a history professor at Colorado State-Pueblo, a food historian.  I’ve long wanted to understand the changes I’ve witnessed at Manhattan’s South Street Seaport and the reasons for moving the fish market to Hunt’s Point in the Bronx, a mile from the nearest subway station.

I remember my first visit—at 4:00 am on a cold winter’s day—to the fish market in the mid-1990s.  It was lit up like a stadium, crowded with people, tables covered with fish, and hand-trucks for moving them.  I thought it looked like a move set on which the director has just shouted, “Action.”  We had to move quickly to avoid being hit.

My guide was the chef-owner of a Chelsea fish restaurant who pulled thousands of dollars in cash out of his pockett o pay for the fish he was selecting carefully for the next few days.  His purchases went to a van that would take them to his restaurant within the next hour or so.

We went for coffee at a nearby café and were out of there by 6:00 a.m.

I picked four excerpts from Rees’ book that help explain the history of this place:

(1) Two developments very close to the Fulton Fish Market spurred the transformation of the entire neighborhood into something new by the end of the twentieth century and beyond: the founding of the South Street Seaport Museum in 1967 and the development of the neighborhood by the Rouse Corporation, a Baltimore firm best known for its successful revitalization of the Faneuil Hall area in Boston… More development increased rents. Businesses which made more money than dealing in wholesale fish then bought up properties that the dealers had moved into earlier in the century, thereby changing the character of the neighborhood. The city and the state never deemed the actual fish market worthy of protection. As a result, every new project that made the neighborhood more desirable made it harder for the fish market to stay a fish market.

(2) From a longterm perspective, the geographical advantage of the Fulton Fish Market disappeared when fish stopped arriving there by water….When they arrived in New York by train or truck it no longer mattered where in New York City the fish market happened to be. In fact, with the arrival of modern refrigeration and freezing, you could have moved the largest fish market in America to Connecticut, or South Carolina for that matter….

(3) The original Fulton Fish Market was obviously a market in the sense that it was a place to buy and sell fish, but the longterm historical significance of the place derives more from the other sense of the word “market,” namely the abstract idea that there is a set of dedicated buyers for the good that gets sold there. The wholesalers who ran the Fulton Fish Market expanded the scope of the abstract market in order to keep their physical market going…Nobody really cared about the public good as long as they were all still making money…the actions of the wholesalers who operated there spurred the general indifference of the wholesale fish industry to the problem of overfishing, despite the obvious cost of this behavior to the overall amount of fish in the sea.

(4) In ancient Greece, the marketplace was the center of daily life. The body politic congregated there to interact, make collective decisions and conduct commerce. Fulton Market bore some resemblance to this situation during its early history, but its operations became less public as it evolved into a wholesale market….Today, without a subway stop anywhere near it, average New Yorkers would have difficulty getting to any of the city’s wholesale markets in the South Bronx. Moreover, because of improvements in refrigeration and transportation, wholesale markets aren’t even necessary for restaurants or groceries to operate in the city anymore… These days, it is very easy to forget that Manhattan is an island. 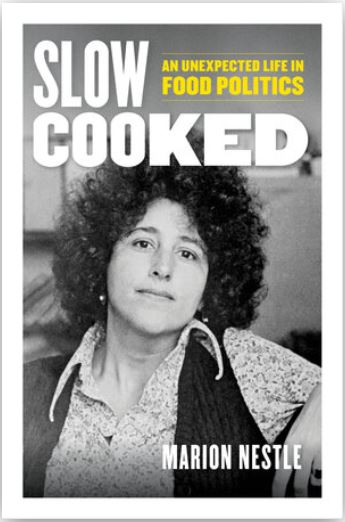